5 Reasons Why Your Company Needs a Crisis Management Plan 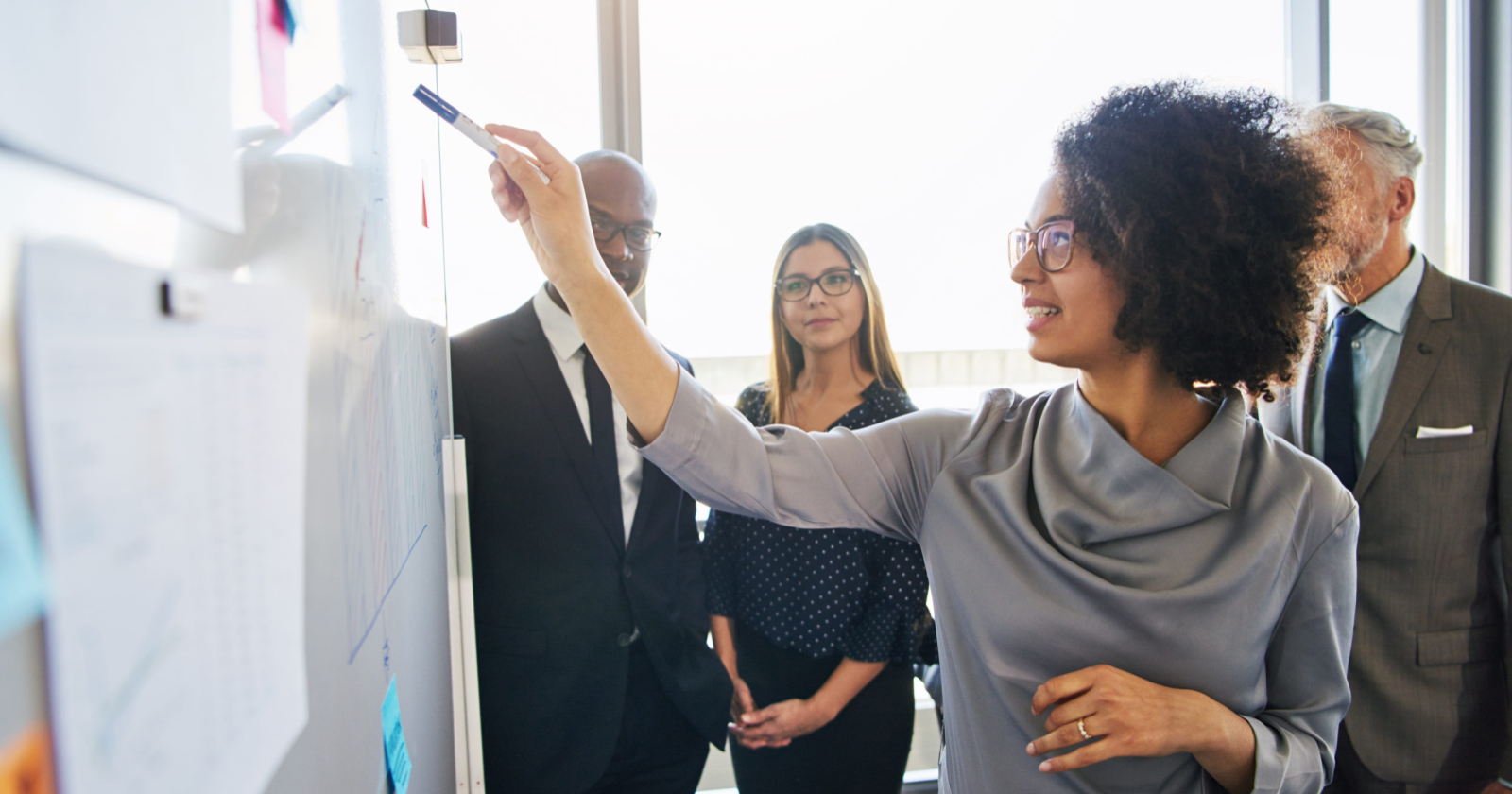 By now, several weeks into the pandemic crisis (in the U.S. specifically), we’re all pretty intimately aware of what it looks like for brands to handle (or mishandle) the news of a major crisis event.

When tensions are high, we’ve seen that brands don’t always get it right.

Brand teams are comprised of humans, who are known to make mistakes occasionally when in a panic-level situation.

But there is a primary difference between the brands that seem to nail their messaging versus brands who end up an ironic hashtag on Twitter.

That difference is not that the former just never has anything bad happen to them, it’s that they have a plan for what happens when everything goes (or has the potential to go) south.

A good plan is going to involve putting together a sort of “crisis team” that will set protocols into motion in the event of a crisis.

They will oversee approvals on public statements, social media management, advertising recommendations, and the like.

But too often, organizations ask themselves:

What good will that do? We won’t know what we’re up against until we’re in it.

But that leaves you several steps behind when it does inevitably happen.

Even if you have no way of knowing which crisis you’re dealing with next, having a clear, comprehensive plan for mobilization and response should be considered mandatory in a digital age where bad news and social shaming spread like wildfire.

Your organization needs a crisis communications plan in place, and they need it before a crisis takes root.

None of us are immune to crises… they don’t even have to be of our own making or come from the top down.

One employee mishandling a situation or one social media professional forgetting which account they’re tweeting on can be enough to bring your brand into crisis mode.

But it can be even bigger than that:

These are all the types of events that are likely outside your organization’s control and not necessarily issues that your leadership could have foreseen (a whole different issue in and of itself).

Knowing what we know now, having been blind-sided by a global pandemic no one saw coming, there is no excuse for shirking your organization’s responsibility to respond in a timely manner that instills confidence and respect.

When these events happen, having a communications plan is critical to come out on top and not be the punchline in the discourse that follows.

When your organization is stuck in the middle of a crisis event, whether it is at the epicenter or on the fringes with everyone else, your employees are waiting to see how you respond.

For all the rah-rah that many brands try to achieve in their company culture, nothing screams “We’re actually not a family” like the deafening radio silence of an organization in trouble, particularly when it comes to internal communications.

In the days that followed quarantine-driven shutdowns nationwide, many employees felt their organization’s silence deeply as they waited to find out whether or not they still had jobs or paychecks coming their way.

We have seen organizations who promised that layoffs would be a last resort or that none would be coming, only to have them happen later, breeding contempt and distrust among their team members.

Closures, layoffs (especially when original messaging maintained that jobs would be kept), rolling back hours, terminating contracts, statements downplaying a crisis, or offloading the responsibility of caring for your employees onto…your employees, these are all actions that create unhappy, festering work environments.

When your employees are happy, your customers are happy, and your organization can enjoy growth from that.

If your customers can be that impacted by whether or not a team member enjoys their job, it follows that they can also be impacted when employees stop believing in the company, the ethos, or the mission.

No one is asking you to have all the answers.

As crisis events unfold, new information comes to light and details will change and affect your decision-making as an organization, impacting both your internal teams and your customers.

But having a plan means overcommunicating with your teams in a crisis.

One good example is tech behemoth Microsoft, which began communication early and often with their employees and contractors in the wake of the pandemic taking root in Washington.

They have continued to communicate internally even when there is no additional information or when uncertainty abounds…and they aren’t afraid to say they don’t have all the answers. (Disclosure: I work with Microsoft.)

Don’t make promises you can’t or aren’t sure you can keep.

Don’t keep people in the dark, especially the employees you need to stay happy and productive and keep the lights on.

If they suffer, your organization suffers. They’re watching to see if all that business about “company culture” you talk about at your retreats means anything at all.

If you think that keeping your employees in the dark is bad, wait until you are staring at a steady, public stream of Twitter mentions from customers (and potential customers) waiting for your response.

When there’s an interruption in the supply chain, your customers don’t care who’s at fault.

They want to know when they can count on receiving your product that they have purchased (or rely on) for a reason.

When there’s a security breach and their data has been exposed, they aren’t as interested in how it happened as they are in what you are doing to make things right.

When an employee mishandles a situation with a customer in the viral tweet heard ’round the world, the public is staring at your brand on stage wanting to know where you stand and how you plan on making this better.

Will your customers always need you to weigh in?

In, for instance, a global pandemic, your carbon-steel knife company may not have customers pounding down your door to know how you’re handling things.

But in that same situation, a toilet paper company will absolutely need to communicate with customers to let them know how they are handling the crisis and when consumers can count on their needs being filled.

Remember: overcommunicating, even saying you don’t have all the answers right now, at least keeps your customer in the know.

They know they can rely on you to keep them informed, and that makes all the difference.

It’s pretty commonly understood that, as humans, we prefer knowing what’s happening than being left to our own devices to guess or imagine the worst – especially in times of fear, uncertainty, or panic.

All feelings that accompany crisis events instill a sense of trust in the brand, and the belief that an organization is both competent and confident to deliver on their word.

If you don’t know?

If your customers or the general public feels wronged by your actions or how you’ve handled something?

Refusing to say it out loud doesn’t stop the swaths of people who will continue to point it out on a public digital stage.

Consumers are humans, and they know that humans make mistakes, but they do want you to own up to your mistakes when you make them.

Say you’re sorry clearly, loudly, and comprehensively, and you won’t suffer while the rest of the world continues to demand an apology.

An ad campaign, manifested in a sandwich board on a shop sidewalk, went viral on social media for all the wrong reasons.

Poking fun at the serious issue of displacement and gentrification, the ads had been concocted by a creative agency and approved by the store owners.

It ended up being eviscerated by the public, resulting in a global PR crisis even reported on in the UK.

The reviews flooded in with a vengeance.

It was the day before Thanksgiving, and it’s likely that the people in charge were at home, preparing for the holiday, blissfully unaware of what was happening all around them.

Once they realized, they put out a tone-deaf statement of lighthearted apology, only making people angrier.

Around the world, people were reviewing the coffee shop on Facebook, on Yelp, and dragging them on Twitter.

Once the agency’s name was exposed, the same happened to them.

There was a right way to handle this serious gaffe.

However, the right way was not closing down their social media pages and website to stem the furious tide of people affected by an ad campaign rooted in racist, classist messaging.

The right way was not to block anyone on their social media who called them out.

ink! Coffee is still running, but its days as a local darling will likely never be what they once were, compounded by angry protest and hurt citizens who actively campaigned their workplaces to stop using the shop’s products.

Locking down your website or social channels in the middle of a crisis situation because you’re facing poor reviews is tantamount to burying your head in the sand or believing that “if you can’t see them, they can’t see you.”

People do see you.

They see the brand’s response.

They see when a brand tries to shut it all down and pretend it never happened.

They see when a brand refuses to take meaningful action to atone for a crisis that happened on their watch.

You can shut things down or block people who don’t like you, but their screenshots live on, and those pictures are worth a thousand words each.

In life, it’s not about if you encounter a crisis situation your brand will need to face head-on, with aplomb… it’s when.

Living in a digital age where everyone has a voice that demands to be heard around the clock, it is imperative for brands to know how to respond swiftly, confidently:

People also won’t forget how your brand handles situations when people need you the most.