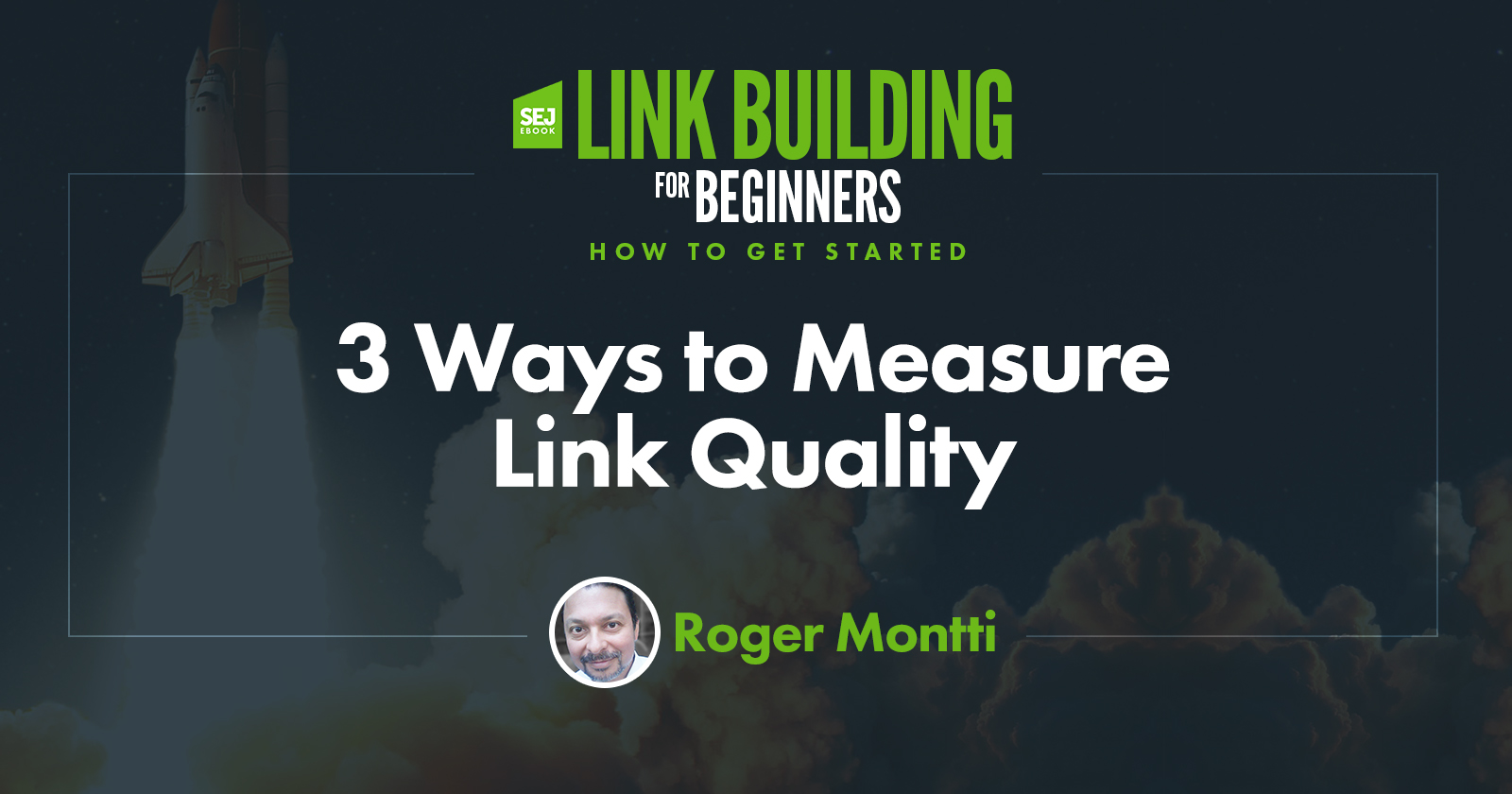 The following are ideas that I came up with during the course of my two decades in the Internet marketing experience, and nearly 20 years building links and watching trends come and go.

These three tips are like a framework for thinking about what it truly means when we talk about quality links.

Understanding what makes a link relevant and useful for ranking and sales is important.

It can help you better understand how to use your resources for maximum effect.

One way to judge the usefulness of a link campaign that someone may suggest to you, is asking yourself (or your SEO) how likely is it that visitors from the sites they want to attract links from will convert?

What I’m going after is a back of the napkin guesstimate.

It’s a quick way to get a thumbnail estimate as to whether something is or is not useful.

Then take a peek at what kinds of links those sites have.

If they have great inbound links, then great.

If it looks like they mostly have links from obvious link building schemes then probably back away.

Then take a look at their outbound links.

Are they linking to shady or irrelevant sites?

If so, back away.

I’m not suggesting you pay for a link.

I am simply suggesting a mental experiment of asking yourself if you would spend money to advertise on that site.

And if your answer is yes, put a dollar figure on it.

Ask yourself why you would pay so much.

If your answer is because of some third party metric, stop. Just stop. 

Not all quality webpages have a high PageRank (or whatever metric you want to use to measure the quality).

Some pages have low outward measures of quality.

But they do have what I like to think of as a different kind of power and that’s relevance and being in a good community.

Being in a relevant topical neighborhood is a good thing.

Sometimes these neighborhoods are small and don’t have a lot of traffic and that’s OK.

That’s the nature of certain link neighborhoods, particularly in the B2B niches.

Many years ago, I was chatting with a well-known link builder. The topic was identifying a good link.

He encouraged people to think semantically for relevance, because relevance, according to him, was about word-matching.

As an example, he proposed that a Thai recipe site would make a good link for a Thailand travel site because they both had Thai and Thailand in common.

His point of view made sense and many people shared his opinion.

Yet I strongly disagreed with the idea of semantic relevance.

A quick way to tell if a “semantic relevance” link is useful for ranking purposes, a thumbnail estimate, is to estimate if the traffic has the potential to convert.

If it does, then it is a good link.

If the link does not have the potential for converting, then it is probably not a good link.

How likely do you think it is that a Thai recipe site visitor will convert to buying a flight to Thailand?

How likely are the recipe site visitors to buy a cookbook?

The answer to that indicates what I like to think of as the relevance of visitor intent.

Another rule about relevance exists that holds that if a link brings traffic then it’s a good link.

There’s truth in that.

But not all traffic is good.

The reason some traffic is useless is because of the visitor intent of that traffic.

Why are they coming to the site?

The following explains how that works.

Several years ago, I did a link building clinic in New York.

An audience member stood up and related the amazing results of his company’s viral link campaign.

This was a Business to Business (B2B) company. It manufactured products that were purchased by university science labs and the United States military.

Their link building strategy was based on trend-hijacking.

It’s basically about selecting a popular trend then create a way to tie into that trend.

At its most basic, it can be a holiday-themed sale. At its most ambitious, it could be tied to a video game or a popular television show.

They trend-hijacked a wildly popular video game that had been in the news for weeks by creating a novelty event directly tied to that video game.

The event, featured on a specially created webpage, was featured on viral website, BoingBoing.

Links from all the newspapers, social media, blogs, and videos brought server-crushing traffic.

The marketing person related that the site gained thousands of links and the most traffic they had ever experienced.

Yet he was confused because their rankings remained the same.

I asked him if there were any sales bumps after the viral link campaign.

He responded no, there was no uptick in sales. The sales curve remained exactly the same, as if no links or traffic had happened.

To recap, the site gained massive amounts of links and traffic. There was no lift in sales, which meant there was no brand awareness gained from the massive traffic.

Why did this happen?

This is like when dozens of kids form a circle around two kids who are fighting. The intent is not to show support for one or another kid.

People linked to the site for all the wrong reasons.

The traffic relevance intent of the link was all wrong.

And this is why certain kinds of viral link campaigns, the ones where the relevance is off-topic are, in my opinion, worthless.

The viral link campaign offers the appearance of success, as measured by links and traffic. But true success is not measured just in links.

Success is measured in ranking, relevant traffic quality, and the most important metric, sales.

Now that’s three ways to determine if a link is useful.

All three methods are complementary and should be helpful.

The first method is to ask, will the traffic from that link convert?

The second method is to examine the inlinks/outlinks to gauge their link neighborhood.

The third method is for determining if a link is relevant by examining the user intent for clicking on a link from one page to your page.

Lastly, thinking about links within the semantic paradigm may not be a good approach.

It leads to wishful thinking, where the person starts imagining connections of relevance that don’t really exist.