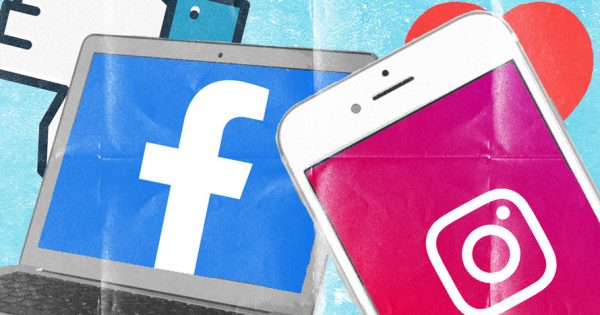 Recently Instagram announced that it is hiding like counts in six more countries following its initial test in Canada, which created a panic worldwide. This week, Facebook shared that it is planning to test the same for the Facebook app.

There is a lot of misleading information and misinterpretation of the changes out there. This article will explain what the change is about, its impact and how businesses can best prepare themselves.

On Instagram and Facebook, you will no longer be able to see how many likes other people’s posts received. They will show a few names of mutual friends who have liked it instead of the total number.

The idea is to prevent users from destructively comparing themselves to others and possibly feeling inadequate if their posts don’t get as many likes. Ignore everyone who has been complaining that they have no way of knowing which posts perform better than others by their audience. It is simply not true. Users can still see their own likes.

There is a lot of talk on the street that Instagram is evil, that its goal is not to help the mental health of people. But that the platform is out there to get Influencers.

I don’t believe that this impacts influencers negatively. Quite the contrary: it will weed out the fake influencers that were buying followers, likes and comments to effectively fool the consumer into thinking their account or post was stronger than it actually was.

With that new change, they will not be able to trick brands, as showing high likes in a post won’t be enough anymore, which can be easily achieved by paying for likes. The income of the real influencers will see a big increase, as they won’t be losing the business to fake influencers anymore.

Now brands will be able to see the real influencers that built a strong relationship with their audiences, and as a result, can get their audiences to click on the ad campaigns and purchase products.

Companies will be forced to analyze more in-depth which are the best influencers for their particular products rather than simply looking at average likes per post, which can be easily manipulated. They will be working with fewer influencers that have real value to bring to them, increasing the ROI they get from influencer campaigns.

Since content will be king, businesses also have a new opportunity here to gain high-quality followers simply by creating the types of posts their target market values.

The self-esteem and comparison issues people feel when using social media is a significant social issue, so this change is a positive step in the right direction.

When likes are public, people care too much about them. They view it as a metric of success, teasing those who get too few or buying likes to try to gain admiration. The usage of Instagram and Facebook went from self-expression and sharing things you liked to seeking validation, which as studies show, can be a damaging situation.

I believe that the likelihood of Instagram going ahead with the changes is very high. The reactions of users in those countries are pretty positive. And with Facebook now planning to test the change signals that the change is very likely to be permanent.

Here’s what brands can do to stay ahead of the curve:

Building your business solely on any social media platform is a dangerous game. Your company becomes 100% dependent on the platform, assuming that it will stay exactly the same as it is now. Your business may not survive possible algorithm changes in the future, and even worse, if something were to happen to Instagram technically, you may lose all of your followers overnight.

While it’s a good strategy to meet people where they are at, the goal of any business should be to move the followers from Instagram onto their mailing lists so they have a way to communicate with them, regardless of what happens on Instagram. The simplest way would be giving followers a free lead magnet that offers substantial perceived value in exchange for their email addresses.

If your business relies heavily on Instagram to reach your audience, start by diversifying your social media marketing budget and give other platforms more attention. For instance, TikTok is pretty hot right now and very few businesses are on it.

If you were one of the early adopters of Instagram for your business, you had a major advantage in attracting high-quality followers just by investing a bit of time. Right now, to get success on Instagram requires solid strategic planning and consistent execution.

I expect that a year from now it will be pay-to-play like Facebook. So, if you are a small business with budget limitations, make sure to focus on Instagram this year to get the maximum yield out of it organically.